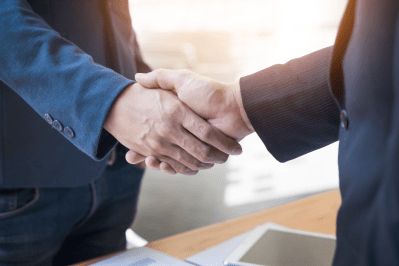 New Radio (NR) is to 5G, what Long Term Evolution (LTE) is to 4G. They are the interfaces that make these technologies possible, and 3GPP is the standards body that is creating the blueprint, or specs, for this new 5G interface.

Why is 5G New Radio so different from today’s networks?
In a nutshell, 5G will be the first time that service providers can truly customize wireless connectivity, and this is especially important when it comes to the Internet of Things.  With 5G, carriers will be able to deliver a huge number of different services across lots of different connected devices – not just smartphones. In fact, 5G will be equally adept at handling both machine-to-machine (M2M) and person-to-person communication. These new devices and services will require different performance and latency requirements, deployment models, and ways for interconnecting. And with 5G, carriers will finally be able to provide differentiated network services through customized network ‘slices’.  This could mean big money for carriers. According to ABI Research, network slicing could generate revenues of up to $66 billion for 5G network operators.

What are these future services?
While the world awaits the new services that will define 5G NR, there are three primary slices of wireless connectivity, with more specialized slices coming in the future.  The initial three categories are:

Enhanced Mobile Broadband (eMBB): which focused on data-intensive applications that need lots of bandwidth, like video streaming, or virtual reality based immersive gaming.

Massive Machine Type Communications (mMTC) or ‘Massive IoT’: This is designed to address the needs of lots of low cost, low energy devices or sensors that require only small amounts of data, but on a mass scale, such as smart cities. They often run on batteries that need to last for years – even decades – and they can be difficult to access, so low power requirements are a real priority.

New Requirements for New Radio
Because software and equipment makers need to build solutions that will work across multiple carriers, and carriers need to build networks that connect to each other, everyone needs to be working off the same set of instructions.  That’s where the industry standards group 3GPP comes in. They have been working for the past three years to formalize the specs for 5G NR.  Due to pressure from telecom carriers and vendors around the world, (and fears that some would become impatient and go rogue, moving forward on their own), they moved up the non-standalone (NSA) release to December 2017, which was initially scheduled for March 2018.  This version outlines the approach for carriers to launch 5G services in a way that leverages their existing 4G network for backhaul, which is great news for most operators. It’s akin to putting a new addition onto your current home. You’re still using the existing space – but now you have an entirely new wing of the house designed to do lots of cool things.  A connected car ‘room’, a virtual reality ‘room’, and so on.

The most recent 3GPP release happened this past June, when 3GPP launched the specs for stand-alone NR.  Stand-alone NR is a spec for those providers that are planning to build an entirely new network using 5GNR technology – one that isn’t dependent on an existing 4G network.  Some carriers are interested in taking this approach, which requires building an entire network from the ground up.   It’s more expensive and more time consuming, but in the end, you have a shiny new house. Or in this case, a new network. Standalone systems dramatically increase mobile broadband speeds and capacity, but these benefits come at a cost. Stand-alone NR requires new base stations, new backhaul mechanisms and a new core network.

Other non-telecom players will also be using this spec to build their own 5G IoT networks from the ground up, paving the way for massive machine-type communications, which could support up to one million devices in a single square kilometer.  This sounds like we’re headed for the Internet of EVERYTHING.

Breaking Ground: Building 5G NR
Sticking with our house analogy, getting the architect’s blueprints for building your new home doesn’t mean the project is done. In fact, the work is just beginning.  With plans finally in place, carriers are focused on building out their 5G NR networks, and they have a lot of work ahead.  These networks are a lot more complex than 4G, due to all the specialized features they must provide across different spectrums.  The pieces needed to make all this happen include everything from beam-forming antennas for connecting to millimeter wave spectrum, to tens of thousands of Carrier Aggregation (CA) combinations of RF frequencies that modems designed for 5G smartphones and other devices must be able to negotiate. It’s all incredibly complex, and carriers need to have the right tools in place for success.

The Evolution Continues – and the Real Fun Begins
If 3GPP Release-15 is the blueprint for building the house, then release 16 is when the Interior Decorator starts picking out the throw pillows and hanging the curtains.   Release 16 and beyond will be focused on expanding the mobile ecosystem to new areas — new types of services/devices, new deployment/business models, and new spectrum bands/types. It will set recommendations for everything from Vehicle-to-everything (V2X) communications and satellite access, to video streaming services, and explore new verticals like taxi dispatching, railway traffic management, and maritime…the list is almost endless.  Having standards in place for each of these new services will help reduce deployment costs and ensure greater reliability.

5G Devices
We’re entering an exciting era of 5G capabilities, and while carriers are getting their networks ready, handset designers are focusing on developing the next ‘big-thing’.  These pricey models are expected to hit the market by 2020, with capabilities that include augmented reality, virtual reality, 3-D video calls, and even holograms. And of course, there will be a tsunami of new sensors, chipsets and other IoT devices hitting the market as well.  Ensuring all these newly connected ‘things’ work as they should requires in-depth testing.  A few faulty handsets, apps or sensors can wreak havoc in a wireless network, which is why TEOCO’s state-of-the-art Silicon Valley-based device testing facilities and field teams are busier than ever. They provide monitoring and benchmarking solutions to help CSPs, manufacturers and regulators put these new devices through their paces.

5G NR will bring us one step closer to a world where things like Augmented Reality will be in the hands of our children. However, in order to support these services from the ground up, carriers must consider how their current network management systems will support this new era in wireless connectivity. 5G NR services will put networks under tremendous performance pressure. Therefore, carriers need to assess their entire network and current software systems to determine how everything will stand up in the 5G NR era. This means looking closely at things like radio planning, service assurance, network optimization and analytics, device testing, and more.

For more information on how TEOCO is investing in the future of 5GNR, contact us today.