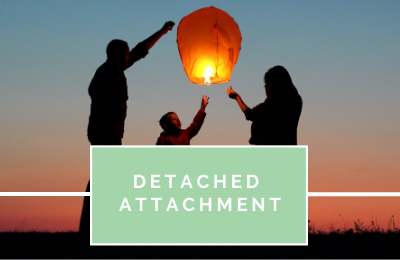 It isn’t a contradiction; it isn’t even an oxymoron. ‘Detached Attachment’ means: ‘be attached … but also be prepared to let go.’ In other words – I want the desired outcome, but not at any price.

In the early summer of 2009, a Private Equity firm approached us for a minority investment in TEOCO. We were not looking for any investors at the time, but we agreed to a face-to-face meeting in early June. The firm liked what they saw. They were impressed that we had completed two acquisitions on our own and were on a solid growth trajectory, but it was clear that we were not particularly eager to get a deal done.

The firm’s interest was strong enough that we signed a term sheet within a month of our first meeting. As they analyzed our business further, it became obvious that they were seriously interested in investing in TEOCO, but the term sheet represented a starting point for the negotiations, not the end point. Our Executive Team flew to Boston to meet with the investors to discuss it further. We took the stance that we would be okay walking away if we could not get the deal done on terms essentially similar to what we had already negotiated.

Clearly, as a management team, we were interested in creating liquidity for our employee shareholders, including ourselves, but we were prepared to wait for the right opportunity. I remember communicating our willingness to make some minor adjustments but otherwise sticking to the terms of the deal. We reached an acceptable compromise within hours, and some of us stayed back to attend a major league baseball game that night to celebrate. We signed the final deal less than two months later, and I believe that ‘detached attachment’ played an essential role in the process.

Many people think that this approach primarily applies to financial negotiations, but that is far from reality. Think of an employee who is having performance issues at work. The more he becomes fearful of failing, the more likely it is that he will. It would be much better for the employee to tell himself: ‘I know I might get terminated, but I’m not letting this fear of failure get to me. I’ll go out and give it my best shot. If that isn’t good enough, I’ll move on.’ As this example illustrates, the concept of detached attachment has broader applications in both life and business.

About ten years ago, my eldest son Ankit was deciding whether to attend the University of Chicago or Georgetown University. As an undergraduate, he was interested in pursuing journalism, or possibly law, as a future career. I felt that the University of Chicago had a much stronger undergraduate program, and in my view, it was a no-brainer to choose it over Georgetown. However, Ankit appeared to be more inclined towards Georgetown. I decided to practice detached attachment and left it up to him.

As a part of his decision making process, Ankit chose to talk to two children of family friends, one who was currently attending Georgetown and one who had attended UChicago some years ago. My son felt that Georgetown would be more fun and closer to home, but he decided to take the more challenging path. The UChicago program proved to be quite demanding, and the winters were bone-chilling cold on a campus next to Lake Michigan. Regardless, Ankit graduated with flying colors, in part because it was his choice. One of the best parts of his college experience was the annual Scavenger Hunt. The university’s reputation of being a place “where fun goes to die” appeared to be a bit overstated!

For me, the concept of detached attachment is relatively intuitive. I believe I learned it through osmosis growing up in India where ‘detachment’ is an integral part of the Indian Philosophy. I later realized that it is too hard to follow complete detachment, but perhaps I can succeed through ‘Detached Attachment’. Integrating this practice into my daily life has given me a certain peace of mind, and my earlier blog post about Solomon’s Law is a derivation of this concept.