Home|Small cell planning – why it is critical for the IoT 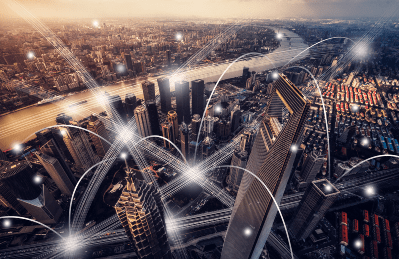 Small cell planning – why it is critical for the IoT

The hype cycle for the Internet of Things – or IoT – is certainly ramping up, and for good reason. By 2017, the 7-billion-plus mobile Internet connections on personal devices and machine-to-machine applications will exceed the world’s population, and the analyst firm IDC predicts that by the end of 2020, 212 billion ‘things’ will be connected, 30.1 billion of which will be mobile. If you’re not thinking about how this will affect your network, you need to start.

The initial use cases for which mobile ‘things’ need to be continuously connected – such as vehicles communicating to sensors positioned along roadways to better route traffic, and wearable devices, including health monitoring sensors connected to the internet – will soon become a reality.

How do we get there from here?
In the early days, while standards are still being established and use cases ironed out, a lot of uncertainty remains about how to best roll out IoT. How will the massive amounts of data collected by these devices be managed across the network? On the wireless infrastructure side, which of the multiple standards and multiple signal types will be able to handle the extreme bandwidth needs generated by huge transaction volumes? How will our already strained networks handle the increased burden from all these connected devices that will augment the existing spectrum crunch?

Answering these questions will be critical to the success of the IoT. In emergencies, usage spikes already overwhelm mobile networks. With the IoT, critical city infrastructure, such as cars, connected medical devices, and other ‘things’ will rely on constant and reliable mobile connectivity.

Wi-Fi isn’t the panacea for bandwidth blues
While Wi-Fi will play an important role in addressing the IoT and the global demand for data, it cannot support the bandwidth needs of mobile sensors, devices and smart cities on its own. Wi-Fi was not designed to support handover connectivity the way mobile networks do—an important point given that end users and mobile ‘things’ continually move and change location throughout the day.

The emergence of the IoT, and the increased pressure it places on networks, will cause service providers to increasingly turn to indoor, rural and outdoor small cells to increase cellular network performance.

Picocells are used to deliver capacity into the network to address hot-spot demand from small businesses and retail applications. Similarly, microcells provide coverage to a limited area, providing additional capacity to users in high-density public spaces, such as in hotels, malls, stadiums, or train stations.

In rural regions, heterogeneous networks (HetNets) work across a wide range of licensed and unlicensed spectrum and combine macro cells, pico/small cells, and femtocells. All of these will be critical to keeping people and things connected in the IoT era

Making it all work
Small cell networks are great for improving coverage, capacity and density, but they need to be deployed in the right locations. This is one of the biggest challenges facing MNOs today, and it is not as easy as it sounds. This requires factoring across multiple variables to ensure the most ‘bang for the buck’. This includes understanding user behavior, determining what sections of the network most affect revenue and ROI, how to address high-value subscribers, predicting when traffic peaks occur, and more.

The real data explosion is still ahead of us – optimizing small cell deployment is one way operators can help to prepare their networks for the IoT. Operators need a strategy to plan and deploy small cells to ensure capacity issues are addressed and throughput rates are maintained while keeping interference in check for continued positive customer experience while maximizing ROI.