Home|Like a Finely Tuned Orchestra: How spectrum can be used (and reused) to create a beautiful 5G song 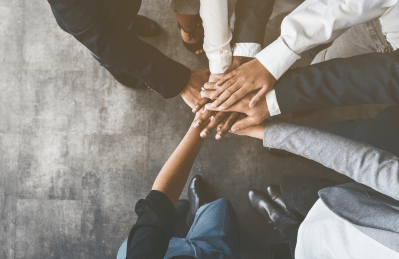 Like a Finely Tuned Orchestra: How spectrum can be used (and reused) to create a beautiful 5G song

The word on the street is that the 5G networks of tomorrow are going to be pretty incredible by anyone’s standards.  According to IEEE, 5G will be able to handle 1000x more traffic at 10x faster data speeds than LTE, and users will be able to download an entire HD movie in less than a second. But 5G will be more than a faster network. “5G is more than just a generational step; it represents a fundamental transformation of the role that mobile technology plays in society,” stated Mats Granryd, Director General, GSMA.

With 4G, the same speeds are delivered to everyone in a best-effort, firehose manner.   Let’s just say that if 4G were a solo tuba player, 5G will be like an orchestra, carefully tuned to deliver not just faster speeds, but to play complex, nuanced songs that, instead of notes, are composed of a unique blend of KPI-driven attributes like latency, reliability, energy consumption, reach and security. All delivered across the same topology at the same time.

The reason for this nuanced approach is that the 5G-enabled services of tomorrow – like virtual reality, autonomous driving, and smart cities –all have slightly differing requirements that can now be met, thanks to the new networking capabilities of 5G. As RCR Wireless pointed out, communication service providers (CSPs) are anxious to roll out 5G because it will provide things that 2G and 3G could never dream of, and 4G struggles to deliver, as demand for data continues to grow. 5G is being built for the way we live. Monetizing new digital services is a prime objective for service providers, and 5G is hinting at being the real game-changer.

The difference this time is that the services mentioned above will require more than just plain vanilla connectivity.  It will be more about the nuances of the network and the KPIs carriers will be able to guarantee. For instance, 5G inspired services like virtual reality and gaming require low latency; industrial and smart city IoT require low cost, low power consumption, ‘non-chatty’ overhead signals, and low frequency channels. Connected cars need ultra-low latency and high reliability to avoid collisions. CSPs also need to keep costs down to remain competitive against threats from Google Fi and others.  5G is expected to be able to deliver on all of this, and more.

The Spectrum Crunch
But these new capabilities come at a cost- and that cost is spectrum.  The spectrum requirement of 2G is 8 times that of 1G; for 3G it is 25 times that of 2G, and for 4G, 4 times that of 3G. Each generation demands more of a very finite resource. One of the key benefits of 5G is its ability to multiplex; to use different frequencies of spectrum across the same topology.  For instance, 4G is limited to the 450MHz to 8 GHz range, but 5G can use a much broader range of spectrum, from 3 to 300 GHz.

Each portion of the spectrum has its own advantages and disadvantages, with the lower end providing longer waves, which are good for traveling long distances, but they don’t support much data, while the higher end bands, the millimeter waves, are excellent at supporting higher data speeds. But these don’t go very far and can’t travel well through buildings and other barriers. Even trees and rain can cause problems. Fortunately, tools like small cells can help direct the waves around these objects, making millimeter waves good for urban areas if they are managed properly. Ultra-fast data speeds require this very wide bandwidth of millimeter waves; at least 5 times the bandwidth used for 4G. This represents a huge increase simply not available in the spectrum bands allocated to earlier generations of mobile services.

Is it time to refarm?
Spectrum variety is the spice of life for 5G, and while many of the 5G ‘spectrum wars’ are focused on millimeter waves, wide area IoT will require lower bands, for their ability to travel at long distances with low power requirements.  Unfortunately, the majority of this spectrum is currently in use for 2G and 3G, which is leading some service providers to think about refarming and freeing up these assets for new advanced 4G and future 5G services. After all, once carriers buy a slice of spectrum, they have to pay for it, no matter whether they build it out to its fullest potential or not. So, they want to fully utilize the spectrum they have before they buy any more. The ITU is exploring spectrum bands in low frequency ranges below 6GHz for refarming from broadcast into mobile service. And according to the website ThinkSmallCell, the long term trend over the next 5 to 10 years will be to migrate almost all except a small sliver of 2G across to LTE.  AT&T has already shut down their 2G network in favor of providing more spectrum to their 4G, and eventually 5G requirements.

TEOCO’s refarming solutions and services
Spectrum refarming is the more cost-effective option, but it requires extensive experience managing not only the technical, but also the logistical challenges.  TEOCO, the leading global provider of spectrum refarming services and solutions, has completed over 300 of these refarming projects.  In fact, we recently did a country-wide project that released 5MHz of GSM spectrum, which was then re-deployed as UMTS900, expanding rural coverage and increasing capacity and throughput in urban areas.

Even with the significant reduction in GSM spectrum, the KPI’s on this layer were maintained and even improved – with a reduction in dropped calls and measurable improvements in call quality. In March, TEOCO signed an agreement with Telefonica to supply spectrum refarming and frequency planning for their business worldwide, and we see this trend continuing at an increased pace, thanks to the growing demands on today’s – and tomorrow’s – networks.