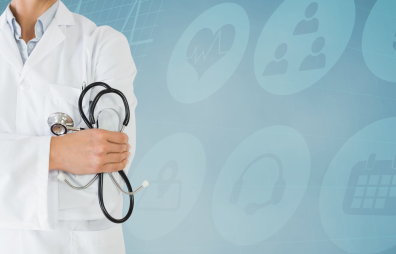 Dynamic Spectrum Sharing Could be Just What the Doctor Ordered

The Low Cost, Low Risk Way for Operators to Ease Into 5G in the Wake of COVID-19

Telecom research firm Omdia (Informa) predicts that the COVID-19 pandemic is expected to affect the rollout of 5G, with global subscriptions down 22.1% for the year compared to its previous forecast.  With service providers growing increasingly cautious, and with resources stretched thin, now may be the perfect time to explore what many deem to be a financially safer path to 5G.

Dynamic Spectrum Sharing (DSS) is a game-changing technology that allows mobile operators to launch new 5G services using their existing 4G spectrum. DSS probably isn’t a long-term solution, but it is a great way to boost coverage and speed to market in the early stages when adoption is low, and 5G is still in its infancy; giving operators time to gain valuable market information before committing to a more permanent solution.

It is estimated that throughout 2020, just 5% of total network traffic will come from 5G. This is mostly because the technology is still so new and 5G enabled handsets are not yet widely available. Even when they are, it will take time for consumers to upgrade and for new services to become available. Investing heavily in rolling out a robust 5G infrastructure in these early days is not necessarily cost-effective. Even determining where to deploy these sites can be rather tricky, especially when the users are sparsely distributed, making it almost impossible to know which areas will provide the greatest return on investment. DSS allows operators to take a more conservative approach, while still achieving broad 5G coverage.

It may sound too good to be true, but the concept is quite simple. DSS allows operators to piggyback their 5G services onto the same network infrastructure and spectrum as their existing 4G service. The key reason this stepwise approach works is that many 4G radio solutions, at least those introduced since 2015, have been designed to be ‘5G ready’. And the best news of all is that this can be done without the need for expensive new radio spectrum or spectrum re-farming. DSS effectively allows one network to support both technologies on the same infrastructure. Then, as the availability of 5G services grows and user demand grows, operators will have the information they need to make smarter investments in where and when to roll out dedicated infrastructure.

While DSS is promoted as a ‘simple software upgrade’, as with most things, the devil is in the details. First there are several configuration issues that need to be dealt with. But once DSS is launched, determining which ‘G’ is the most appropriate is automatically decided based on the device, service requirements, load levels, and the amount of buffering required. The network dynamically allocates 4G or 5G capacity as needed. And of course, all this analysis must happen instantly. Spectrum and network resources must be portioned out to the millisecond, which is the true requirement for DSS success.

Ericsson has been leading the way with its DSS offering, but other vendors and suppliers are now entering the mix. Ever since its introduction, DSS been gaining rapidly in popularity, with 80% of Ericsson’s customers planning to deploy DSS within the next 12 months.

One of the biggest drivers for DSS adoption has been the difficulty, high cost and delays many operators have faced in obtaining 5G spectrum. And for those operators who only have mmWave spectrum bands, DSS will help them extend their 5G reach, especially to their rural subscribers.  Verizon is a good example of this. Their CEO Hans Vestberg recently announced that dynamic spectrum sharing would enable it to tap its current 4G network for 5G service while its mmWave build out continues.

In addition, DSS helps ease the transition from non-standalone 5G networks to standalone 5G by providing a layer of 5G coverage prior to a core transition.  Big changes can be risky, but with DSS, CSPs have a bit of an insurance policy to help support their business as it makes the shift to standalone 5G.

While DSS may be a very appealing way to enter the 5G market, in most situations it is an interim solution. DSS works fine while 5G is just a small percentage of network demand, but as it grows, it will begin to impact existing 4G services.  Some may wonder why that matters if the world is moving towards 5G– but 4G will likely remain in use long after the introduction of 5G. The two need to coexist.

Another issue is that 4G can only support the initial phase of 5G that is focused on enhanced speeds. Network slicing and more advanced 5G solutions that will depend on ultra-reliable low latency connections and machine-to-machine type communications will need to wait.  Operators will eventually need to add additional infrastructure and spectrum to meet the demand for these other services. There will likely be a few outliers where DSS as a long-term solution makes sense, but for the most part it is an excellent short-term way to achieve broad coverage quickly.

Despite its benefits, T-Mobile’s US President of Technology, Neville Ray, is not a big fan of DSS, feeling that it ‘eats away on the net capacity of the shared radio’. Verizon, on the other hand, accepts the trade-offs. Their CEO stated, “…we’ve known this, so that’s why a year ago or more we started adding more 4G capacity so we could take care of this. We feel very good about it”.  Of course, the cynics among us might point out that T-Mobile has large amounts of low-band 5G spectrum and therefore DSS is not critical for them, whereas, it could be a key strategy to help Verizon achieve coverage given their current lack of low-band spectrum. Other operators around the world are beginning to explore DSS as well, with Vodafone Germany and Swisscom being among the first in Europe to roll it out.

COVID-19 and its impact on 5G remains unclear

It is likely that Covid-19 will continue to cause a slowdown on the 5G timeline for most operators, at least for the next 6-9 months. Although there is also the possibility that a new urgency will arise. With work-from-home mandates becoming the norm, demand for 5G services may increase due to the current situation and may end up being brought to market sooner than they would have otherwise.  It’s hard to say for sure, but either way, operators seem more willing than ever to give DSS a whirl.