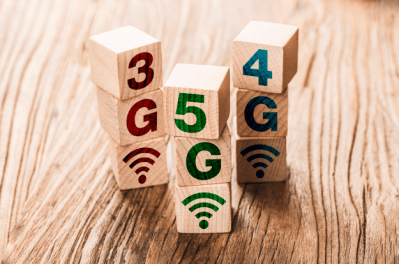 Service Assurance in a 5G World
Around the year 2020, the promise of 5G is expected to supercharge the world of data services and connected things. With data speeds 100X faster than today’s 4G networks, and latency reduced from 50 milliseconds in response time to only 1 millisecond, 5G will be the match that lights the fire under IoT. But speed and latency aren’t the only benefits we will get from 5G.  Another perk of this next generation network will be the ability to create network ‘slices’ that are each customized with varying characteristics for the type of service they provide – yet they can all be run across the same infrastructure. It is expected that 4G and 5G will coexist, and that 5G will be introduced to the market on a case by case basis, more as an evolution than a revolution.

Think of a 5G network like a big pizza, with each slice having its own carefully curated blend of toppings; each one optimized for the person eating it. 5G slices will be designed to do the same – but for different services and applications.  For instance, self-driving vehicles will need to talk to each other while on the road to avoid accidents. With today’s 4G network connections and a car going 60 mph, the car would travel 4 feet before it received a notification and could react to another car in its lane.  That’s enough time to cause an accident. To give you an idea of just how much difference a few milliseconds can make, with 5G the car would only travel 2.8 centimeters.

For connected factories, the ‘slice’ will be different. A typical factory won’t be traveling down the road at 60mph, but it might have a requirement for MMTC – Massive Machine Type Communications, where machines like turbines and others send information to other machines, servers, clouds or humans. MMTC, with its different traffic patterns, devices and performance metrics, will require a very different network structure. One with its own set of SLAs, where issues like low bandwidth, low cost and long battery life might matter the most. This means the 5G network slice that is right for connected cars will look very different from the one for factories and industrial IoT.

The network slice approach is part of the move towards ‘network as a service’ (NaaS), and in large part it is all enabled thanks to network function virtualization (NFV) and software defined networking (SDN). The move to NFV/SDN will allow network slicing to be much more flexible, designed to meet the specific needs of all the various applications, services and operator business models. For operators holding off on transitioning at least some of their network to NFV, 5G will give them plenty of reasons to move forward.

Getting the Slice You Signed Up For
Nobody wants a slice of pepperoni pizza when they ordered veggie. With 5G, it all comes down to being able to track, measure and enforce various service agreements and functionality to ensure each network ‘slice’ contains all the components it was designed to deliver. Each slice can be configured with its own network architecture, engineering mechanism and network provisioning. In effect, each one becomes its own mini-network that requires many of the same OSS/BSS support systems as the larger network, and service assurance play a big role. After all, no one wants to be in a self-driving car that suddenly cannot drive itself because the network is too congested or unresponsive.  Or the owner of a factory that shuts down when thousands of machine sensors stop working because the wireless network drained their batteries, and now they all must be recharged – or worse, replaced.

We now live in an age where losing connectivity is no longer just a mild inconvenience. Losing connectivity in an IoT world can mean lost productivity, lost revenue, and even lost lives. For this reason, TEOCO has joined forces with the Telemanagement Forum (TMF) and other partners, including ATT, Vodafone and Orange, to study the emerging area of 5G service assurance in a Catalyst called 5G Service Operations. It showcases the benefits of agile, closed loop operations for delivering 5G Network Slice Assurance and other NaaS capabilities.

Just as with the connected car example mentioned above, this Catalyst addresses multiple industry verticals that must continuously optimize how the infrastructure is utilized to meet all its SLA commitments. Because the 5G concept of network slicing allows Communication Service Providers to offer service classes with varying characteristics on the same infrastructure, in this Catalyst we will demonstrate how two service classes for IoT – uMTC (ultra-reliable MTC, also known as uRRLC) and MMB (mobile broadband services) are assured on a common infrastructure.

A Slice of Real Life – in the Connected Car World
The story begins as a driver receives a message that there is a thunderstorm in the area, and that the allowed speed has been decreased and that he should expect heavy delays. The message is relayed to him via either a cellular display in his car or via a transmitter on the side of the road, (this type of communications is called V2I– Vehicle to Infrastructure) which is part of the standard being designed for connected cars.

The lanes then converge into one as he is notified that there has been an accident ahead, causing traffic to come to a standstill. The car, which moments before was traveling at decent speed on a lightly traveled parkway, is now stuck in a major traffic jam in heavy rain. This traffic jam, with hundreds of cars, starts to create a heavy load on the local cellular network, because everyone suddenly starts using their devices. The kids in the back-seat watch TV or play interactive games over the car’s wi-fi system, the drivers call their families to tell them they are going to be late. Even the cars themselves start sending performance information more frequently as the engines begin to work less efficiently, fuel consumption rises and emissions increase. Cars also continuously ‘talk’ with other cars over V2V – Vehicle to Vehicle, communicating proximity warnings and other pertinent information.

All of this creates a heavy load on the network slice allocated to connected cars in this area, and it quickly begins to run out of resources. During this time, TEOCO’s system has been monitoring the health of the slices in real-time.  When it detects several QoS degradation trends and predicts it will soon be unable to maintain critical KPIs, our system then raises alarms and communicates with the slice orchestrator, requesting an increase the size of the slice to accommodate the new load.

TEOCO continues monitoring the network to see if the problem has been resolved or if the slice needs to be further increased. Once the problem has been resolved and the demand has lessened, then our system communicates with the orchestrator once again. This time, to affirm that network congestion has been resolved so the slice can return to its original size, helping to conserve resources for other areas experiencing high demand. This whole process is performed instantaneously in a ‘closed loop’ fashion, which means it is fully automated and the slice could heal itself without the delays of human intervention.

Needless to say, the story ends well. The sun comes out and everyone arrives home safe and sound, thanks in part to a little slice of 5G.