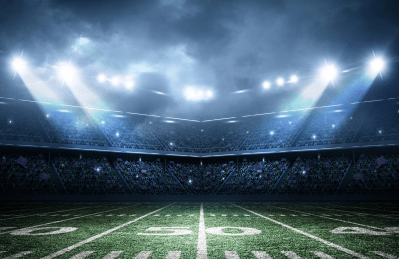 Global momentum is building for LTE broadcast (eMBMS) technology. The principle of using cellular networks for hosting live video content streams isn’t new. The mobile industry embraced the idea of mobile broadcasting services back in 2004 when DVB-h technology was formally adopted as an ETSI standard. Four years later in 2008, the European Union officially endorsed DVB-h as the preferred technology for terrestrial mobile broadcasting. At the same time, an alternative technology was also making its debut. MediaFLO by Qualcomm was adopted by both AT&T and Verizon in 2007 as the mobile broadcast technology of choice. However the format was dead three years later.

Another key issue when DVB-h and MediaFLO launched, was the scarcity of available devices that were equipped with an appropriate receiver. During this time, the iPhone was still in its 2G iteration – the mobile data revolution was about to take off but wasn’t sufficiently established to support mobile broadcast services. Those users that could have used DVB-h or MediaFLO therefore, would have suffered a poor watching experience in limited bursts (usually just 5-10 minutes of footage a day).

The issues weren’t purely limited to user experience either. DVB-h and MediaFLO also used spectrum that fell outside of that used for mobile networks – this made them costly to support and deliver. This explains why the length of mobile broadcast footage on offer was so limited and why the number of compelling supporting business models were so limited. Faced with this list of obstacles and problems, operators, vendors, OEMs and regulators had no choice but to go back to the drawing board.

The rise of LTE Broadcast (eMBMS)
The principle of using cellular networks for broadcast is based on highly rational judgement. The arrival of LTE provided sufficient bandwidth, device variety and spectral efficiency to finish what DVB-h started. LTE Broadcast technology, or eMBMS, has overcome the same challenges as DVB-h and is at the forefront of some of the world’s largest operators’ commercial agendas.

Critically, both eMBMS and LTE are based on OFDMA infrastructure, which in turn enables key economies of scale. Today, eMBMS is considered the single global standard for video broadcast on mobile networks. Supporting devices have at least four different processing cores, with vast power and display technology capable of running HD videos. The number of operators currently backing LTE broadcast also suggests that finding compelling business models won’t pose a problem either.

LTE Broadcast – on the cusp of mainstream
Filipino operator Smart Communications was reported to have conducted the first successful video multicast towards the end of 2013, allowing its subscribers to enjoy lag-free live video on smartphones and tablets. Another key advocate of the technology, KT, launched its LTE Broadcast service in January 2014. US operator Verizon soon followed by demonstrating LTE multicast technology at the Superbowl in February 2014. UK operator EE soon followed with its LTE Broadcast demonstration at the 2014 Commonwealth Games in Glasgow in July 2014. Other operators making notable advancements with the technology include Telstra and Vodafone Germany.

The latest operator to openly discuss its plans for LTE Broadcast technology was AT&T, just a week or so ago. It revealed its intentions to use it as a mass content delivery service. As with previous trials and demos from EE and Verizon, AT&T suggested that mass sporting or other live events provide the ideal use case for LTE Broadcast.

The law of ‘one to many’
As at most sporting or live events, thousands of people often fight for network bandwidth to access the same content related to the same live spectacle they’re all enjoying. That leads to each individual trying to set up their own personal data stream to their individual devices. Recent demos from EE and Verizon showcased the sharing of one single data stream to all compatible devices in the stadium which significantly reduced network congestion and delivered a high quality service to each recipient.

This has the potential to lead to commercial pay-per-view TV channels from mobile operators. It could also enable other use cases, including the delivery of device updates to smartphones and tablets, distributing data to connected cars or broader IoT applications, or deliver important emergency alerts. The operators can either create their own services or merely support the delivery of third party services and applications.

So is LTE Broadcast success guaranteed?
As with any innovative mobile data service, success will depend on the successful delivery of a positive user experience. LTE Broadcast is very dependent on the performance of the radio network. There must be plenty of capacity available in the LTE unicast network which needs careful planning. How many sites will need to be involved? What are the required QoE expectations in different service areas? What changes need to be made to existing infrastructure? What additional sites might be needed? How can operators jointly optimize LTE network technology with the LTE Broadcast layer?

LTE Broadcast will expose any existing limitations in the supporting LTE infrastructure. In order to transmit a number of HD video channels, services must ‘eat’ from the underlying LTE network capacity. Inevitably this requires careful compromise and predictions to ensure both systems work harmoniously together. Ensuring this happens requires a number of technical considerations are met linked to available signal quality and deploying different modulation and coding schemes.

As with DVB-h, there are so many variables to successfully combine in ensuring LTE Broadcast succeeds. As with any new service or application, it will live and die based on the quality of the supporting network. Unlike DVB-h however, LTE Broadcast has all the necessary ingredients to go mainstream.