Home|A Short History of LPWAN, and Why the IoT Can’t Live Without It 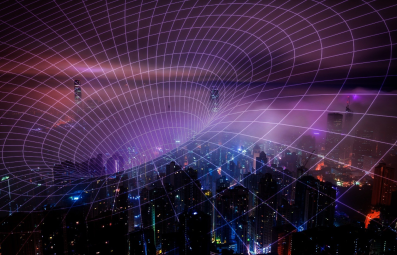 A Short History of LPWAN, and Why the IoT Can’t Live Without It

We’ve all heard the widely hyped  rumor that by 2020 there will be over 50 Billion ‘things’ connected to the internet.  While these numbers may prove to be overstated, the fact remains that the Internet of Things will be exploding over the next few years, and there will be a whole lot of stuff going online.  But the requirements to connect all these things will vary, depending on the application.

When Too Much of a Good Thing isn’t a Good Thing
Some IoT devices and applications will require lots of real-time, big data processing, along with other features like security and analytics – connected cars and virtual reality applications are two examples.  These types of connections are perfectly aligned with what wireless carriers have been putting into their roadmaps; secure networks designed to provide more bandwidth with faster data speeds, plus a whole checklist of new features to meet specific KPIs.  But these connections are expensive. The clear majority of connected things just need a way to check in occasionally, by sending updates or alerts back to the mother ship- wherever that may be. Construction equipment being monitored for wear and tear is one example. Others include sensors on farms that track soil humidity and rainfall amounts, parking space sensors, or sensors tracking wildlife, road conditions or even trash bins.  These things only need small amounts of bandwidth to communicate sporadically, maybe only once a day or even less.  Each ‘ping’ may send less than a single text message worth of data, which is good because these sensors typically don’t have access to an external power source, or even the ability to recharge.  Instead, they rely upon long-life batteries.  For this, they need a connection that consumes only small amounts of power, so that their batteries can last for many years.

But todays wireless networks weren’t built for this. Just the opposite, in fact. The business case for carriers has been about selling high volumes of high value bandwidth for their app-loving customers with data-hungry devices.  ARPU is the name of the game. But when it comes to connected things, someone driving an autonomous vehicle might be willing to pay $40/month to have entertainment features and a safe driving experience, but will a farmer pay $40/month for one sensor sitting in the middle of his cornfield – with hundreds of other field sensors each requiring their own $40 connection?  Clearly, that’s not a business model that will work. Many IoT devices will need to get to subscription fees as low as $5 – $15 per year before we will see mass adoption kick in.   With necessity being the mother of invention, the industry has devised other ways of solving this problem, and it’s called LPWAN – Low Powered Wide Area Networks.

Sigfox and Lo Ra Get Their Groove On – and the IoT Takes a Ride
The analyst firm Beecham forecasts that LPWANs are expected to provide just over a quarter of the total IoT connectivity market, with 345 million connections by 2020. They believe the new unlicensed technologies will “end the near-monopoly held by mobile network owners.”  Well, perhaps for the short term – but network operators are finally beginning to realize the potential of LPWAN.

It typically takes up to 10 years to establish a new wireless standard, and the GSMA didn’t even start thinking about this until the summer of 2015.  For this reason, there has been a gap in the market over the past few years.  In the meantime, other players entered the LPWAN space and have been having some early success, with offerings like LoRa and SigFox.  These solutions use freely available, unlicensed radio frequency bands that don’t even interact with commercial wireless networks.

Each have their own pros and cons:

Sigfox – Developed in France, Sigfox has VERY low throughput. It is what network types call a ‘data-dribbler.’ It requires very little power, allowing the longest batter life of any of the LPWAN technologies.  And Sigfox uses open protocols, so it will work well with any chip maker, so long as it’s on the Sigfox narrowband spectrum, which has been deployed over their proprietary network.  It has a small level of security, but its strength is its wide area coverage. To cover an area the size of the state of California, Sigfox estimates it only needs around 1,500 cells, compared to about 20,000 for a traditional cellular network.  This helps them keep their costs down. They have been pushing hard for growth, with deployments across 32 countries including the US, where subscriptions start under $2 each.

LoRa  – Also started by a French company, Semtech, the LoRa platform is now overseen by the LoRa Alliance.  Like Sigfox, LoRa technology also provides wide area coverage, but where it differs is that Operators don’t have to tap into someone else’s network, they can build their own. This gives operators more control over their services and their pricing.

LoRa’s power requirements are not as low as Sigfox, but it offers more bandwidth and decent levels of security.  The downside is that it is not an open standard – requiring users to purchase Semtech chips and gateways.

The technology has very little presence in North America, but it has grown fairly well throughout Europe, where there are operators offering national networks with subscriptions. There are also vendors providing everything needed to put together your own private LoRa network with off-the-shelf building blocks. You could even avoid paying subscription fees if you are willing to download the standard and build everything yourself, from the ground up, if you’re into that sort of thing. But you do still need to buy the Semtech hardware.

GSMA Steps into the LPWA Ringwith a Triple Threat
While Sigfox and LoRa are both excellent technologies, it can be a difficult and slow process to build adoption for a new protocol on a global scale.  This is where the GSMA comes in.

Remember the adage, if all you have is a hammer, everything looks like a nail?  That has been the GSMA’s approach to the IoT.  Only for them, their hammer has been LTE.  What they have come to realize is that not everything is a nail, and for this reason in 2015 they began developing not one, but three wide area technologies operating in licensed spectrum bands to address different IoT applications:  Extended Coverage GSM for Internet of Things (EC-GSM-IoT), Long Term Evolution Machine Type Communications Category M1 (LTE-M), and Narrowband IoT (NB-IoT).

Not only are they now invested in this space, the GSMA announced earlier this year that Low Power Wide Area (LPWA) connections are set to exceed 2G, 3G and 4G and become the leading technology for Internet of Things (IoT) connectivity, with 1.4 billion connections by 2022.

According to the GSMA, the main advantage of 3GPP-standardised LPWA solutions, compared to proprietary technologies like LoRa and Sigfox, is that they have the support of a huge ecosystem with more than 400 individual members. This has helped build the scale needed for global adoption – something that is absolutely critical when everything literally needs to talk to everything else.

The GSMA also requires a minimum level of performance, regardless of the vendor. In addition, specific service level agreements and KPIs can be enforced, and offered or sold to customers; something unlicensed spectrum can’t provide. Plus- it will just be easier. These new GSMA LPWA solutions run on existing wireless technologies, so there are no new networks to build out. Deployments become as easy as software upgrades. Operators can optimize their existing mobile network infrastructure through an upgrade to LTE-M for LTE networks, while NB-IoT can use both 2G and 4G spectrum.

Since they were a little late to the game, the GSMA has been under extreme pressure from the industry to reach an agreement on standards very quickly – and they have pretty much done it.

NB-IoT –  This past June, the NB-IoT standards were completed, after only 9 months in development. NB-IoT requires only small amounts of power, promising a battery life of more than 10 years. And it can work in remote areas not easily covered by conventional cellular technologies.

LTE-M networks are actually in process of being launched commercially. They will co-exist with 2G, 3G, and 4G mobile networks and provide all the security and privacy features of mobile networks, such as support for user identity confidentiality, entity authentication, data integrity, and mobile equipment identification.  This is a big plus over the unlicensed options.

So, who will come out on top?  The IoT will be so vast and complex that there will probably never be a single silver bullet. Each technology has their own unique capabilities, which will be viewed through a different lens for each use case.

At TEOCO, we believe operators need to be agile and ready for any scenario.  Only time will tell who the winner will be- and chances are there will be more than one. IoT is one of the most exciting technology developments and commercial opportunities facing CSPs today. Valuable collaborative communities, such as the LoRa Alliance and the GSMA, will help IoT reach its full commercial potential by bringing together the brightest minds and most innovative technology – and we are incredibly excited to be part of this journey. We have the right solutions for anyone who needs IoT connectivity, and can help answer all the critical questions – to find the best fit for each business case.