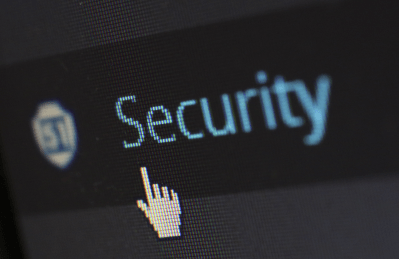 We are now in the age where the Internet of Things is present in our homes, offices, streets, hospitals and sports stadiums. In fact, according to Gartner, total spending on endpoints and IoT services will reach almost $2 trillion in 2017 alone. In its semi-annual Internet of Things Spending Guide, IDC reported that investment is currently being driven by the manufacturing, transport, utilities, insurance and consumer IoT industries due to the emergence of use cases that are enabling enterprises to reduce costs, increase production and improve efficiency. Joining the fastest growing industries that are adopting IoT is the cross-industry segment, which represent the common use cases across industries, such as connected vehicles and smart buildings. So, what does this outlook mean for communications service providers in how they manage IoT services and protect their networks?

In a nutshell – there’s a whole lot more to manage. More endpoints, services, and SLAs to manage and protect the network from.

As new use cases emerge, an environment of diverse sensors, devices and endpoints that are connected to the network will increase exponentially, creating greater complexity in the network. We’re not just talking about the proliferation of different devices talking to each other – but the languages they speak, how they behave, and the different levels of service performance required to support them. It’s like a digital melting pot has emerged and the network operator needs a way to translate what is happening in the network into a simple network optimization playbook.

When it comes to IoT, one of the key areas carriers need to understand in order to protect the network is how the different devices are behaving in real-time. When there is expected to be 82 Billion IoT endpoints connected by 2025, how many ill-performing devices will it take to cause a degradation in service? It actually only takes one.  For instance, the communications system in the one of the largest metro systems in the world was compromised when just one of the devices used to support the service began misfiring, overwhelming the system by creating a signaling storm, and blocking all other attempts to access the channel.  The same risk holds true for larger global communications networks as well, where it can take only a few hundred aggressive devices to cause congestion or a blackout.  For engineers, the question becomes, how quickly will you be able to isolate the root cause to remediate the issue?

Battery life is another critical component of IoT.  When energy efficiency is vital to network economics, how do you ensure that the network does not request higher-power output than required from IoT devices, which will in turn greatly reduce the lifespan and degrade the economics?  With IoT devices, long battery lifespans of 10-15 years or more has become a necessity, due to the cost and labor required for replacement.  When networks and endpoints are not properly aligned and managed, battery life can be shortened by years, and costs can soar.

TEOCO has just announced the latest release of Mentor 10 – which addresses these challenges. The latest enhancement to TEOCO’s network optimization and analytics platform brings network operators greater visibility into IoT device performance so that carriers can assure quality of service and protect their networks. By adding a new distribution tab to the Device Dashboard, Mentor 10 engineers can easily identify problematic device types and network/device incompatibilities according to individual KPIs, such as RSCP/RSRP, EcIo/RSRQ and RRC Setup Time, to name a few. In addition, engineers are able to filter the data in order to quickly focus on the most problematic devices and are able to configure KPI thresholds to define the ‘bad’ values for a distribution. New advancements to the device dashboard empower engineers with more advanced monitoring and IoT device analytics to understand precisely how IoT devices are performing across a number of different dimensions and thresholds in order to take steps to protect the network.

The latest release of Mentor reiterates TEOCO’s commitment to supporting network carriers to not only gain a greater understanding of IoT traffic in order to protect their network, but also to have the service assurance tools required to thrive in the IoT era.

To learn more about Mentor and how it can help protect your network and ensure better IoT performance, visit: http://www.teoco.com/products/planning-optimization/mentor-ran-optimization/