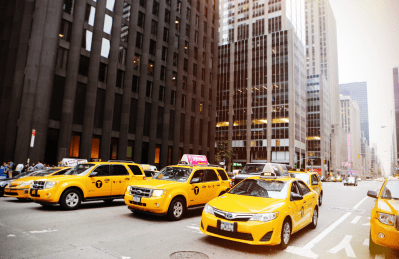 IoT Devices and Modules for Connected Cars – a Critical Step

The Internet of Things is already having an impact on how we live our lives, and one of the first to embrace this new technology is the auto industry.  By 2020, 75% of all new cars will have internet connectivity, with driver assistance and safety features making up over 70% of the $123 Billion (USD) market.

This focus on safety is good news when there are over 1.25 million traffic accident deaths per year, globally. According to the World Health Organization, road traffic injuries are the leading cause of premature death in young people aged 5–29 years.  And for every person who dies in a traffic accident, at least 23 have non-fatal injuries that require hospitalization.

Studies find that car crash trauma victims who get treated within the first hour after a serious incident (The Golden Hour) have up to a 50% higher chance of survival, and also a much lower rate of long term disability. For this reason, many nations are making it a requirement for auto manufacturers to install alert systems that are activated during an accident, automatically contacting emergency services with critical information about the crash.

Safety – On a Global Scale

European Union
The European Union has made their new eCall system mandatory for all new models of passenger cars and light commercial vehicles starting in April of 2018. In the event of a serious accident, eCall automatically dials 112 – Europe’s single emergency number. The EU believes this service will save 2,500 lives per year. By knowing the exact location and time of an accident, it is estimated that there will be a 50% reduction in response times in rural areas, and 40% reduction in response times in urban areas throughout Europe.

Russia
Russia has its own system called ERA-GLONASS, which has been required on all new passenger cars since 2015. The Russian ERA-GLONASS system and the European eCall system are compatible with each other and use the same 112 emergency number. In event of a traffic accident, the terminal automatically collects data on the car’s exact location, time, and severity of the accident – and then sends it to an ERA-GLONASS operator. Once verified, this information is passed on to the emergency response services. Drivers can also reach an ERA-GLONASS operator directly by pressing a special button.

Japan
Japan’s D-Call Net Service has been in operation for the past 15 years, and is now being expanded with additional features powered through machine learning.  Today it gathers location, route and airbag deployment data and establishes a voice connection between the helpdesk operator and the vehicle’s occupants. In its latest beta-test version, D-Call Net has added extra parameters, including seat-belt usage and the direction and severity of the collision. Using data collated and analyzed from nearly 3 million accidents that have occurred on Japan’s roads, the D-Call Net system uses probability algorithms to determine the likelihood and severity of injuries or death for vehicle occupants. The data is transmitted to participating hospitals and coordinates their air and ground ambulance services.

The Rising Risk
The hope is that these measures will save millions of lives over the coming years, but in order to do that, the systems and sensors used for these emergency services need to be secure and highly reliable.  As more ‘things’ come under software control, they become vulnerable to various points of failure and all the attacks we’ve seen against computers.

In the summer of 2015, Chrysler issued a recall of 1.4 million vehicles after it was discovered that there was a software vulnerability in their Uconnect dashboard computers that would have allowed someone to completely take over the cars, including all dashboard functions, steering, transmission and brakes.  Our connected ‘things’ need to be secure, and work as planned – every time.

Medical devices are becoming more connected as well, with life-sustaining equipment like Insulin pumps, pacemakers and defibrillators joining the Internet of Things. When connected devices work, they can enhance our lives, improve our health and safety and make us more efficient, but when things go wrong in an IoT world, they have the potential to go really wrong.

IoT Device Testing – A Critical Step
Would you be willing to take a new medication that hadn’t gone through any testing?  Or trust a pilot that had never taken a flight test?  As the IoT quickly expands to connect the world around us, more and more chips, modules and transmitters are being inserted into everyday objects – often without proper testing. In fact, a 2016 Princeton survey found 500,000 insecure, embedded devices on the internet. That number is about to explode, and the stakes have never been higher, because it’s not just about data privacy anymore- it’s about flesh and bone. Success or failure of these mission-critical IoT enabled services could literally be the difference between life and death.

The IoT is bringing many new things to the table that will have their own testing requirements. With a diverse set of products entering the market, Quality Assurance teams will play an increasingly important role; carefully deciding upon the best test management strategy to effectively meet the quality standards of these products.  3rd party testing to ensure usability, security, connectivity, performance, compatibility, and regulatory compliance should become a standard piece of the product development process.

TEOCO Enhances its IoT Testing Capabilities and Validates eCall Components
TEOCO is a leader in IoT device testing, providing critical lab and field testing services for some of the world’s largest service providers and OEMs.  We recently acquired CETECOM’s Mobile Communications Testing Services (CTS MC) to extend our current cutting-edge lab and field testing solutions and services. TEOCO gains additional capabilities and expertise in many types of IoT and mobile test services, including certification and testing for the European Union’s new mandatory eCall system, and Russia’s ERA-GLONASS system. By performing specialized tests related to things like impact and crash-resistance, automatic triggering, warning signals, audio performance, and privacy and data protection, TEOCO and CETECOM are working to create a safer world for tomorrow, and a more reliable eCall service for the European Union.

For more information about TEOCO’s mobile and IoT test solutions and services, visit our website.