Home|How will your network perform when everything becomes a ‘device’? 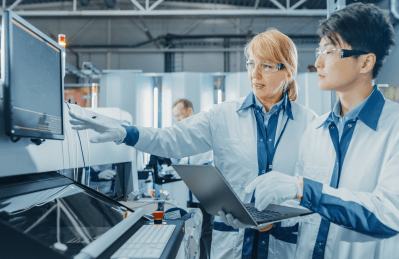 How will your network perform when everything becomes a ‘device’?

At times it seems like we have fully entered the IoT era – when really, we are just at its doorstep. In fact, it’s estimated that more than 30 billion connected devices are expected to ship by 2023, a double-digits CAGR from 2017. While this points to an even more connected world from our homes, schools, businesses, streets and utilities– all eyes will be on whether mobile networks will be able to stand up to the necessary performance requirements.

For carriers – an area of concern is the impact that the onslaught and array of new IoT devices will have on the network. In a world where nearly everything becomes connected and companies are in a rush to get to market, it really starts to look the Wild West. In May 2017, an 11-year-old sixth-grade boy in Austin, Texas used his Bluetooth enabled teddy bear to hack into a robotic teddy bear at a cybersecurity conference in the Netherlands.  Clearly, the hacked teddy didn’t do much harm, but the fact remains that there will soon be millions, if not billions, of vulnerable devices on the market.

Security, such as the threat of IoT devices being used to launch a Distributed-Denial-of-Service (DDoS) attack, is one hot button; but also, what happens to a carrier’s network when devices just don’t work properly?  The impact could be potentially devastating if millions of devices begin requesting information or just start malfunctioning at the same time. These are real threats that carriers are genuinely concerned about. Machina Research estimates that by 2025 the IoT will generate over 2 zettabytes of data – imagine the carnage if just a fraction of the 30 billion IoT devices in circulation malfunctioned at the same time. To pre-empt this, carriers are now subjecting new devices to undergo thousands of tests before being accepted onto the network.

But are all IoT device test labs created equal?
Across the globe, there are numerous test labs that range from niche providers to larger, broader test houses. However, not all test labs are created equal, and carriers need to ensure they partner with a test house that they literally trust with their network.

First, carriers need to trust that any device that enters their network has been verified by test houses that are experts in the telecom business – and its quickly evolving and complex environments. It may seem simple, but carriers should prioritize the expertise of a test house that works with players across the value chain, and count carriers, OEMs, semiconductor manufacturers, IoT module designers, integrators and device manufacturers, as their customers.

Furthermore, carriers need a test house that does more than just ‘tick the boxes’. Where some cover the basic requirements, such as PTCRB and GCF certifications, carriers need a test house that works to ensure that devices are not only certified to the latest standards, but also according to a carrier’s own test plans and network requirements. In addition, not only do carriers need to be certain of a device in isolation, it must also understand its interoperability with other applications, services and carriers, to ensure the quality of service remains acceptable. For example, what is the impact of a parent device for one carrier to the child product of another carrier? And when it comes to managing your security concerns, especially with encrypted services, a carrier needs a test house that provides security capabilities that span network access protection, user access auditing, and user/password/role management, in order to monitor and identify faulty devices, locations, services and users, and isolate the root cause of an issue. So, who should carriers call?

The only US lab authorized for the big 4 carriers
TEOCO is the only authorized laboratory for all major US carriers.  In addition, we support device OEMs, semiconductor and IoT device manufacturers throughout the testing lifecycle, including product definition, hardware and software development, prototyping and deployment. As an authority of cellular IoT device testing, TEOCO is partnering with test equipment vendors and industry bodies like PTCRB and GCF  to define test requirements and develop an efficient test and certification strategy for their OEMs.

Citing TEOCO’s industry credentials, such as customers from across the IoT value chain, and its vast knowledge of networks and mobile and IoT devices, Frost & Sullivan also highlighted the sizeable investments TEOCO has made in test and measurement equipment and the strategic relationships it has developed with key test technology vendors to ensure it remains at the forefront of the industry. In 2017, TEOCO acquired the US operations of CETECOM and established a partnership with them internationally to provide a comprehensive suite of services globally, and foster ongoing collaboration. In addition, TEOCO expanded its accredited test capabilities to address the latest IoT technologies, such as CAT-M), narrowband IoT (NB-IoT) and licensed assisted access (LAA).

When it comes to protecting your largest investment – your network – and ensuring the quality of service of your IoT applications, carriers need to be able to trust the devices they accept. By partnering with recognized leaders in the industry, not only do carriers gain access the most comprehensive test capabilities, they also gain the expertise of how a device will impact the overall ecosystem – from network, application, service and device.