Home|The Future of Tech is STEM. And the future of STEM is everyone! 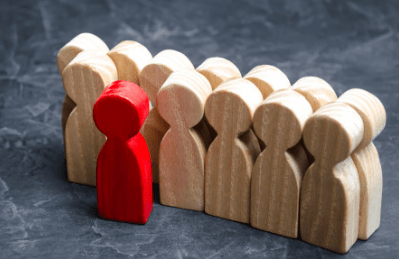 The Future of Tech is STEM. And the future of STEM is everyone!

We may all recall when we were studying years ago, how little fun these subjects seemed to be. The big achievers were the few scientists that made radical breakthroughs, not the everyday student. But the next generation of students are being encouraged to become visionaries through STEM, which has revitalized itself and is now a gateway to making a tangible difference in lives the world over.

Students and teachers are being exposed to STEM in a new way; The nature of STEM has changed, and it now plays a central role in dictating how rapidly we can advance beyond barriers that only a few years ago seemed permanent; it’s more inclusive versus other study areas because many more students now want to be excited by their subject rather than just learning, and STEM has very compelling real-life applications, not just facts. And it applies to everyone, not just the boys.

Girls and boys in STEM
STEM talent is everywhere, so there’s more focus on encouraging girls as much as boys to study STEM. It’s a great leveler: gone are the days when only boys stereotypically studied engineering, for example. Girls enroll in almost the same numbers as boys in high school math and science classes. Girls are pulling level and in some cases have overtaken boys in terms of their math and science literacy scores.  Now the task of STEM education is to translate these improving academic results into an increase of women being inspired and empowered to start careers in the technology sector.

The famous Girls Who Code program shows how the desire to close the gender gap relies on STEM education not only to teach and educate students, but also to support and drive them into careers in technology. STEM is a great reason to be inspired, to take steps into the unknown, and it offers a career pathway to aspire to. As the tech industry booms, and the impact that technology now has on everyone’s lives becomes widespread, STEM students – both boys and girls – are the ones who increasingly have an opportunity to make a difference in everyone’s lives.

Becoming a Tech Titan
When TEOCO found an opportunity to play a part in promoting STEM, we jumped on it. We recently helped fund the biggest trade association in Texas, Tech Titans, in their STEM Workforce Initiative, where an exciting camp-based experience for Texas schoolkids was launched. The Tech Titans’ Self-Driving Car STEM camp engaged over 110 seventh and eighth grade students in the city of Coppell, as well as 40 students at the Tech Titans SMART girls STEM camp in the Wylie Independent School District in Collin County.  TEOCO’s recent work in the connected car space really solidified a connection for us with this program.

High-tech companies in North Texas are anticipating a shortfall of workers in STEM disciplines by as much as 40 percent in the near future, so this initiative, and others, are important. It’s a very timely initiative and offers students the chance to become hooked on STEM through the excitement of understanding how self-driving cars work, what they might look like when they appear on the roads of the near future, and how to develop and improve them. We’re thrilled that Tech Titans continues to roll out new programs in the North Texas community to join the dots between STEM learning and future STEM employment.

We love the role STEM has in this type of program, where students attend a camp and become immersed in the technology and the experience of working together to solve problems while also learning what powers that technology. It’s a chance for them to actualize their dreams and aspire towards powering the future while being pragmatic and focused about what it takes to get there. For supporters of STEM, it’s a chance to spark interest and see the teaching of today transpire into the very visible progress of tomorrow.

Making self-driving cars real
The self-driving cars project is a great example of how teaching and education is matched with a real-world, soon-to-be commercial requirement – and which also has a very visible end-goal. It’s very new, exciting, and all the students have seen cars driving themselves in movies. For them, now is the time to make it real!

The Tech Titans workshops have children working on key initiatives that are about to take off. Technologies that will soon be moving into real-world applications. Self-driving car technology is particularly important as the federal government works rapidly to pass legislation that will make autonomous vehicles safe while they’re on the road. The Self-Drive Act is set for its final reading in the U.S. Senate, having passed unanimously in the House. It looks to define a set of safety standards for autonomous vehicles (AVs) that can be administered by the Department of Transportation. Car developers and manufacturers stand to benefit, but so should consumers, as this legislation is also the lynchpin in reducing vehicular accidents caused by humans.

It’s a ‘push’ by the government to encourage the commercial development of the autonomous car sector, and also a ‘pull’ for innovation from manufacturers and developers that will open up new vacancies and roles in a developing industry. And, it’s an example of why STEM students will have an advantage when finding a role in this hotbed. Well-known traditional brands like General Motors, Audi and Mercedes-Benz are striving competitively for excellence against new rivals such as Google, Uber and Tesla. Given the race to find solutions in this market, it’s an environment where the next generation of students will thrive, and where individual input is merited, recognized and rewarded.

Actualizing the future, through STEM
Naturally, it’s not all about cars!

Programs like Tech Titans are all about giving students the desire, heart and guidance to fulfil themselves and become innovators in emerging areas that will impact everyone.

Gone are the days where success and leadership were open to only a few select pupils. The growth in new technologies and applications is being matched with greater access and motivation in STEM.

And therein lies the opportunity for today’s students to become tomorrow’s leaders in how people live their lives, and to motivate others to come to, and live, the STEM experience. Quite simply, it’s the new launchpad for the research, development, and technology opportunities of tomorrow.  We believe that companies like TEOCO have a civic duty to foster success in avenues that go beyond our business. For this reason, TEOCO is proud to be part of the Tech Titans program, which focuses on mentoring young talent and helps create a better world through education for all.