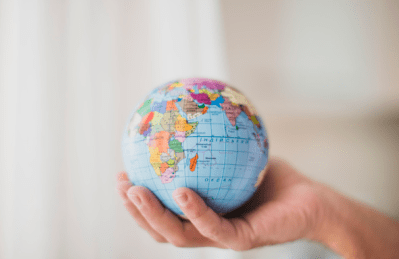 Device and Performance Testing in an IoT World

Many of today’s mobile service providers have developed their own IoT strategies and are rolling out platforms for connected devices, like AT&T’s Enterprise IoT Network, that provide devices, modules, chipsets and SIM cards for connected ‘things’ to run on their LTE network. With 30-50 billion wireless devices expected by 2020 – that’s a lot of things, and carriers are getting set for the IoT tsunami heading our way. Everything from cars and machinery, to traffic signals, security systems, water meters and more rely upon mobile networks for the connectivity that makes them ‘smart’.  Unfortunately ‘smart’ doesn’t always mean ‘good’.

The growth in connected devices is creating a Wild West atmosphere that too often discounts the need for following standards and protocols. In fact, most of these haven’t even been decided upon yet – but the desire to meet market demand seems to have pushed those concerns aside.  Not only is the number of connected devices growing, but so is the amount of data that they send. An article in Telematics Wire predicts that by 2017, four out of five cars will have an Internet connection and send 25 GB of data to the cloud per hour. These devices will become an increasing stress on the network.

IoT devices can end up harming or taxing networks in other ways as well. For example, a sensor in a major city’s railway system was defective and kept ‘flickering’ – continually connecting and disconnecting to the network every few seconds. This caused the network to automatically create new leases for IP addresses with each new sensor connection attempt – rapidly exhausting the whole pool and preventing other users from being able to log on.  So, for everybody else the network appeared to be down, while in fact a single faulty IoT sensor was the culprit that kept pushing everyone off.

Mobile networks can also be vulnerable to signaling attacks, malware, botnets, or even problems stemming from bugs in individual applications or devices and sensors.  Even issues like energy consumption requirements and device life span can cause problems.

That is why the need to protect the network and ensure customers get the best user experience possible has to take priority over a rush to market.  To do this, each device must be carefully tested before it is launched, following a 3 step process:

Sounds relatively simple, right?  But testing and analysis requires access to relevant data.  Data that includes information related to things like the user experience, device usability, configuration and radio frequency, even traffic and location information can play a part. This data then needs to be correlated and analyzed to find the hidden problems. And sometimes there are device ‘outliers’ that might not be spotted initially.  Like Samsung’s recent recall of the Galaxy Note 7, in which a small percentage of phones have had overheating issues that have possibly set cars, hotel rooms and even homes on fire.

The large number of IoT devices coming onto the market has created some unique challenges for carriers. Namely, unlike handset manufacturers, most of these industries are not accustomed to designing for security or with any forethought to network issues. Service providers should be especially concerned in finding ways to protect their network, since that is their ‘bread and butter’.  They don’t want a new feature in a connected car or a bug in a smart-fridge to be the reason their entire network goes down, so reducing signaling volumes whenever possible and checking network performance is especially critical.  In addition, carriers also need to watch for complex scenarios that go beyond the device itself; being careful to watch for downstream impacts that could create a poor user experience or worse.

For instance, embedded apps can cause blind spot problems related to 3rd party Wi-Fi access, or even roaming issues that can lead to performance or billing problems.  Any issues with the device will risk harming the carrier’s brand, so spotting and resolving these problems prior to launch – even if they are not your own-  is critical. But monitoring and analysis shouldn’t stop at product launch.  New monitoring mechanisms enable a smarter way to provide true end-to-end visibility of the customer experience by analyzing IoT device performance post deployment. This provides a way to deliver a constant feedback loop to OEM’s and educate end-user consumers, and allows carriers to identify small issues before they become big problems.

TEOCO provides state-of-the-art lab and field testing services to the world’s leading device manufacturers. It is important for network operators to certify new IoT devices to ensure they meet the minimum performance requirements before they negatively affect subscribers or harm the network.

Join Thomas Neubauer, VP Business Development & Innovations at TEOCO, who will be presenting on this topic at the 5th Annual IoT Innovation Conclave in Bangalore, INDIA on 30th September 2016.