Home|Blog posts|5G: it’s not a sprint – it’s a staged race 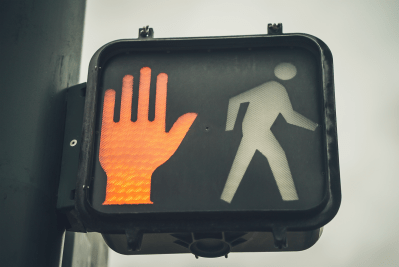 Telecoms.com periodically invites expert third parties to share their views on the industry’s most pressing issues. In this piece Thomas Neubauer, Vice President, Business Development & Innovations at TEOCO, explains what’s here, what’s just around the corner, and what is yet to come for 5G.

I read the other day that Nokia had predicted that 5G would achieve somewhere in the region of 40 times the amount of network capacity that is available today over 4G networks. This is good news and very exciting for an industry that is looking for transformational change from 5G technology.

What’s more, Nokia’s prediction is also true – which in a world where the claims of technology are often exaggerated is very much to be welcomed.  But at the same time, it must be taken with a pinch of salt, because there are many factors at play when determining the likely performance of a 5G network.  Firstly, we need to consider what type of 5G deployment and use case we are talking about, and then, we have to pay due regard to the laws of physics.

So, let’s start at the beginning.  One of the reasons that the mobile phone industry and market has grown so dramatically over these last 20 or so years has been the existence of standards.  It was the adoption of the GSM standard worldwide that fuelled the growth, and the advantages of a global uniform standard have continued to influence the generations of mobile technology including the current 4G/LTE standard.

That global uniform standard is continuing with 5G, but the different use cases, proposed wavebands and the technology’s capabilities, mean that 5G can be uniform in many different ways. For example, in Europe, the EU Council is prioritising the co-ordinated use of the 700MHz waveband for 5G, while the FCC in the USA is looking to get a head start on 5G by using the 28GHz band and even mmWave spectrum at 60GHz – wavebands with very different performance characteristics to 700 MHz.

On top of that, according to the Global mobile Suppliers Association (GSA), there are 18 operators currently committed to the implementation of services based on pre-standard 5G technology – with some operators in the Asia Pacific region particularly looking at the Winter Olympic games in Seoul in 2018 as a target.

In 5G, the lead-off runner, has been Verizon in the USA. Its approach, first deployed in May this year in Michigan, is a fixed wireless backhaul infrastructure effectively offering massive broadband as an alternative to “fiber to the premises” services.  With a nod to standards, Verizon says that determining it can achieve interoperability between vendors is a vital part of its objectives for the 5G trials which are due to extend to ten other locations later this year.

A key feature of 5G networks – and one that operators are particularly keen on – is called Network Slicing.  That is the ability of 5G to effectively host several different networks and services all within the ‘slices’ of one 5G cell. Network slicing is a feature within the ‘stand-alone’ 5G standard, due for release towards the end of next year, well after the February 2018 winter Olympic games.

And if we look to the end game, then true 5G networks are expected to deliver against three targets.  Massive machine type communications (mMTC); enhanced mobile broadband services (eMBB); and ultra-reliable low-latency communications (uRLLC) for the IoT.  Ultimately, only the networks that get built with the network-slicing capabilities of the stand-alone 5G standard will truly be able to deliver against all three of those objectives.

But even with the standards fully agreed, the applications and deployments could vary considerably.  Earlier I mentioned the laws of physics, and they come sharply into focus when you are designing a 5G network deployment.  Firstly, you need to consider the part of the radio spectrum being used – networks using mmWave spectrum for example will be limited in range as the signal loss increases exponentially with the frequency, and the propagation is also severely affected by obstacles such as trees and even heavy rain.

Furthermore, for low latency traffic – even in terms of line of sight transmissions -there will be a theoretical maximum distance from the device to the radio site. This distance will be governed by the speed of light and the transmission time required by each piece of data. Assuming 100 microseconds of transmission time (as required for the 1ms latency that is being written into the 5G standards) that theoretical distance is 30 kilometres. In practice, because of the need for data re-transmission, that distance is likely to be less than ten kilometres.  That will limit uRLLC use cases to very specific environments such as industrial applications.

All of these factors make predicting what 5G will achieve as a global network a difficult process – but it is shaping up to be a marvellous and very flexible technology.

To see the article published on telecoms.com please click here.