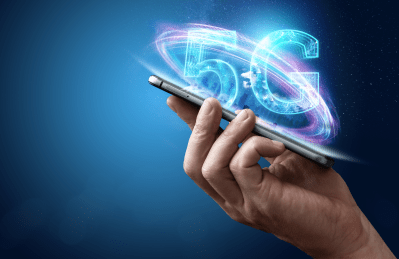 While there may be many business cases for 5G, the most critical one might be being first to market. In the arms race for 5G, the first-mover advantage could mean increased market share, lower customer churn and higher ARPUs. And with an estimated $1 trillion-dollar infrastructure price tag, network operators need all the advantages they can muster.

Why does being first matter so much? Let’s take a look first at some of the reasons given to justify an investment in 5G:

As you can see, while 5G makes big promises, today’s networks can go a long way in supporting even the most cutting edge, new technologies.  So, if that’s the case – what is the rush to 5G really all about?  Let’s take a closer look:

If you are in a market with a customer base that uses a lot of bandwidth – watching videos on their smartphones, for example – and they are willing pay good money for a high-quality connection, you probably launched 4G back in 2012, or thereabouts. By now, you’ve experienced massive increases in capacity demand. You’ve probably already expanded your cell sites and densified your network, and even still, you may already be struggling to cope with demand. If that’s you, then 5G is the right way to go today.

But then the question becomes, should you wait for your competitors to do it first? Should you let them iron out any kinks in the new technology and allow the network equipment providers to learn some vital lessons – before you make the jump? I say no: don’t wait.

That’s because 5G is about more than having the right technology. It’s also about building the right ecosystem of partners to deliver what your subscribers’ want. This is where having the first mover advantage really comes into play. Think back to the launch of the smartphone.  With all the power they provide, it’s really the access to mobile apps like social media and others that has driven our addiction to our phones, not the connectivity itself.

5G is the same. It’s not the faster connections and network slicing that will capture the market – it’s the ecosystem of services and applications that these new 5G networks will enable. As Tony Poulos, Managing Editor of Disruptive.Asia puts it, “5G will provide the infrastructure that supports all other industry sectors, and it will require collaboration between sectors to realize the most benefits.” Being among the first to create a robust ecosystem, and in a way that makes good business sense, will be critical.

The difference, however, between the 4G app stores of today, and the 5G ‘app stores’ of tomorrow will be huge.  Instead of Candy Crush, Instagram filters and face-changing apps, the 5G ecosystem of tomorrow will support things like drone connectivity and flight planning, automated farm irrigation systems, smart city command and control, and robotic surgery.  These are critical services that can be charged for in more (profitable) ways than today’s typical data usage plans. By adding layers of value through SLAs and partnerships, carriers can finally boost their margins. It’s through being among the first to build this ecosystem of true 5G influencers that will enable service providers to capture the early majority. And one of the best things about 5G is that the market opportunities are massive, which means even if you aren’t the first with 5G – you can still claim a ‘first’ through the services you offer. Specializing in certain market sectors or industries will give you a leg-up over your competitors.

So, in conclusion, if you’re a Mobile Operator, and you’re starting to evaluate the business case to go 5G, don’t worry too much about justifying the investment because it is rather simple: it’s all about being first. And fortunately, with 5G there will be many ‘firsts’ for the taking.

Learn more about how TEOCO is addressing the 5G challenge.