Home|You’ll Succeed if You Can Survive 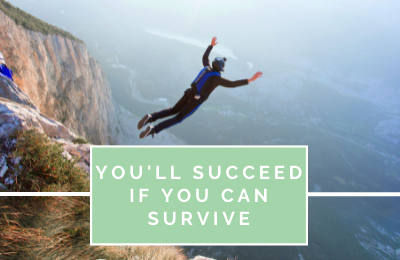 You’ll Succeed if You Can Survive

Despite successfully leading TEOCO for the past two decades, I will never forget the younger version of myself – when I was a complete novice. Looking back at my early days at TIBCO (then known as Teknekron Software Systems), I don’t think I possessed a single marketable skill other than my Chutzpah.

It was January 1989, and I had recently transferred to TIBCO, a subsidiary of the parent company that I had been hired into. I had no idea what TIBCO did or what my role was going to be. On a Friday morning, two days after joining, our VP of Engineering, JoMei Chang, told me that I had to immediately fly to Los Angeles and join the team that was stress-testing our software at the First Interstate Bank. I didn’t know what the work involved, but I was happy to go. I was still a young man and taking a business trip, even just for the weekend, was an exciting proposition.

When I arrived in Los Angeles on Saturday morning, I found that our client’s office was deserted, except for one solitary engineer sitting in front of his computer terminal on the trading floor. Assuming that he was a member of the TIBCO testing team, I confessed that I had no clue what I was supposed to do but that I was there to provide a helping hand. The engineer responded, “Oh, really?” sounding somewhat surprised. And then he didn’t speak any further.

Shortly afterward, two other guys strolled in. I soon learned that they were my TIBCO teammates, not the engineer I had spoken to earlier! It appears I began this assignment with a classic faux-pas by telling our client exactly what he didn’t want to hear – that the person sent to stress-test their new software didn’t know what he was doing.

For the next two days, I worked valiantly – moving swiftly from keyboard to keyboard, as we tried to study the server’s performance when many users logged in simultaneously. At times it felt like mindless labor, but I was determined to help as much as I could.

On Sunday, my two TIBCO colleagues asked me to stay back in LA as they needed to leave for other projects. I was not prepared to extend my stay because I had packed only one change of clothes. “We could buy you some clothes,” JoMei offered. But I was adamant and insisted on returning home that night even if I needed to fly back on Monday morning. Sensing that I wasn’t going to change my mind, I was allowed to return home.

On Monday afternoon, seated in our offices in Palo Alto, JoMei led our status call with the client. The final topic was about the on-site support person that our company had promised. JoMei offered to send me back, but this didn’t appear to interest the client very much, thanks to my earlier faux-pas. As we struggled to find an acceptable answer, I spoke out of turn to tell the client: “I’m coming back, and you don’t have to pay unless you see real value.” I guess JoMei was surprised by my intervention, but she must have liked what I said because I was back on a plane to First Interstate Bank a few hours later. This time I stayed five full months.

Working on the bond trading floor was grueling. New York opened at 8:30 a.m., so in LA, the work started at 5:30 a.m. This meant I had to wake up at 4:00 a.m. to reach my desk by 5:00 a.m. to ensure that the systems were up and running.  I had to monitor activity all day long, but my real work didn’t start until 2:30 p.m. when everybody else was preparing to leave for the day. At that point, I had to fix any performance issues and finish my back-ups and storage activity by 5:30 pm. After a quick dinner, I was in bed by 8:00 pm to start the routine all over again the following day.

By the time this assignment ended, I had earned the client’s complete trust. And back at TIBCO, they started treating me as the account manager. My big lesson from this experience is that no work is too tough or too easy. It’s all about having the right attitude, and enough Chutzpah to try – even when success is neither expected nor well defined. You will succeed if you survive the experience.