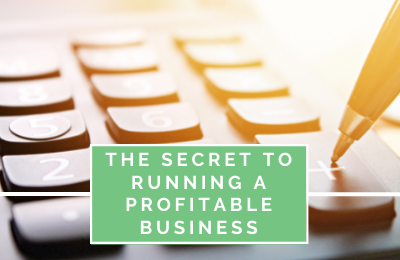 The Secret to Running a Profitable Business

A statistics professor friend of mine once asked me: “What’s the secret to running a profitable business?”  My reply was very simple: “Make sure that you spend less than you make.”

This answer sounds so ridiculously obvious that people think that I am joking. Actually, I am dead serious – it’s as simple as that. While making more than you spend may seem obvious, the real challenge is to truly understand this concept and have the discipline to live it every day.

Our great effort at TEOCO is to make sure that our Volkswagen survives. We never let the EXPENSES truck go faster than the REVENUE truck.

Let me illustrate by using an example. Let us say that we are planning for an EBITDA target of 20% for the year. As such, we know that we can afford to spend 80% of our projected revenue. Now, mid-way through the year, we anticipate a shortfall of about $2 Million on the revenue front. To maintain the 20% EBITDA profit, we need to reduce our planned expenses by 80% of the revenue shortfall which in this case would equal $1.6 Million. We need to move quickly and find a way to cut some existing expenses and defer some future expenses. The prevailing culture at TEOCO enables the broad support that is necessary to make these difficult decisions.

I have seen numerous companies spend like crazy when there’s money in the bank, but then resort to hefty budget cuts when times get lean. That has never been an issue at TEOCO, where cost management is approached as both a mindset and a discipline.