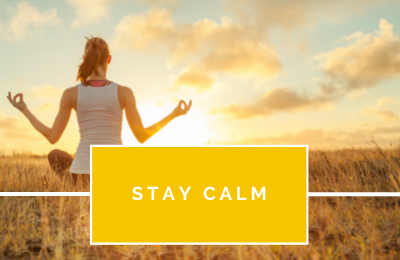 I have been a CEO for a long time now and have faced many ups and downs, but I don’t remember losing my temper very often.  I can’t recall yelling at the top of my voice, treating a colleague disrespectfully, or throwing a John McEnroe type of tantrum.

I am just as ambitious as the next CEO, but I don’t let this ambition overwhelm me. I, too, crave business success, but I don’t panic at the prospect of failure. It’s almost as if I am cocooned in equanimity.

When I reflect on what enables this sense of calm, I believe it is because of my faith in the Indian doctrine of the ‘independent soul’. According to this doctrine, every living person is free-willed (in my language, swatantra atma) and cannot be forced to do something they don’t wish to do.

If a CEO wants to achieve a specific goal, the best thing to do is cultivate a positive work environment and encourage everyone to work towards that objective – but he cannot force a colleague to do something that they don’t want to do.

Some might find this situation to be stifling, but I find it to be cathartic. It liberates me because I can clearly see the dividing line between what is within my area of influence and what is not.  I always endeavor to conduct myself in a manner that maximizes my probability of success within the given circumstances while acknowledging the ‘free will’ of everyone I work with.

There have been several instances when I have relentlessly pursued a customer contract, an intelligent candidate, or a business acquisition – and initially failed. For example, many years ago TEOCO was chasing a multi-million dollar deal with a Tier-1 carrier. We desperately wanted the deal, but we ran into some hard-to-negotiate positions that left us with very little room to maneuver.

Dan Ianni, who was TEOCO’s CFO in those days, was our representative at the table. He was mighty worried about how I would react if the deal didn’t come through. We were driving together one afternoon when Dan got the dreaded call that the customer had decided to walk away. He struggled as he broke the news to me, but I was pretty calm even though we had quite a bit riding on that deal. I congratulated Dan and said, “I’m proud of you. I appreciate your courage in not giving in!”

I stayed just as calm when, in an unexpected turn of events, we eventually found common ground with the same Tier-1 carrier. Over the next two decades, they became TEOCO’s biggest customer and during that period, TEOCO’s solutions and services saved them over one billion dollars.

With special thanks to Srinivas Bhogle for his support and contribution to this project.
Keep up to date with the latest in CEO Insights here!
CEO Insights