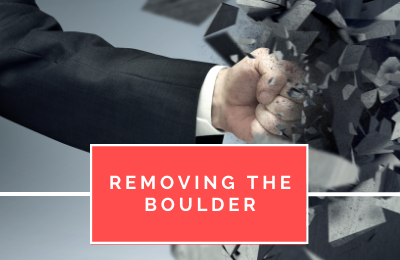 Traditionally, US Presidents get a lot of credit when things go well and a ton of blame when they don’t. I have often wondered if this is appropriate. Isn’t it the responsibility of a leader to serve the people they are leading? Why is there such a huge emphasis on looking good?

I have observed the same dynamics in most businesses, albeit world peace is rarely at stake in such situations. Often, the CEO gets a ton of praise when the company is doing well and a lot of blame when things are not going as well. The question is: What is going through the mind of the CEO? Do they see themself as the person making everything happen, or are they like a conductor of an orchestra, enabling the musicians to excel at what they do best while performing in unison?

This dynamic is easiest to understand when there is a huge client opportunity at stake. A deal like this would rarely close without the CEO getting involved in the sales process. Sales cycles are typically 12-18 months long in the Telecom Software industry, but they can also be much longer. The bulk of the work gets done way before the deal is mature enough to get the CEO involved. Towards the end of the negotiations, CEO involvement is helpful to give clients the comfort and the executive commitment necessary to close the deal.

I have been in many such situations myself. Sometimes, I contribute very little to the sales process, and sometimes, I help in a small but meaningful way. There is a rare situation where I can honestly say that I alone was the architect of such a victory. Why then is it necessary for me to take the credit? My view is that it is often my title that plays a more significant role than my skill set.

I compare this to the process of removing a boulder. Sometimes, it is an invisible boulder creating a severe blockade that could sink the Titanic. In such cases, the CEO’s role is to identify where the obstacle lies and work with the various stakeholders to ensure that the ‘boulder’ is removed. Sometimes, the boulder is clearly visible, and teams have worked long and hard to remove it. Their collective effort may have loosened it enough that a push from the CEO is all that is needed to finally clear the way.

In all such cases, the CEO’s role is two-fold: To ensure that the boulder is successfully removed and give credit where it belongs. Distributing the credit to deserving team members is an unbelievably powerful tool that I find to be rather fulfilling.